Residency artists were invited to explore this theme in terms of the natural and/or cultural environment as widely or as narrowly as their practice and interests dictate.

After registering, you will receive a confirmation email containing information about joining the meeting. 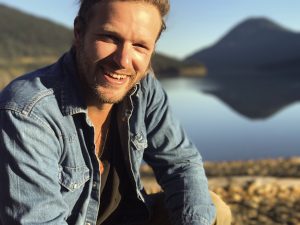 David Jacob Harder is a visual artist from the central interior of British Columbia, on the traditional territory of the Lhtako Dene. As a young man, he was homeschooled and lived on a rural homestead where he developed his vigor for making and a strong connection to nature. Later on, he followed these motivations in university where he earned bachelor degrees in visual arts and history. His work is centered on the connections in the built and natural environment as he applies an interpretive approach that invests in storytelling weaving the sentiments that link us to each other, objects, and the natural world.

Harder’s work has appeared in numerous exhibitions, publications, festivals, films, and public artworks in Canada and abroad. His practice is heavily focused on community-engaged public art which has earned him various major commissions and awards in recent years.

For the Critical Mass Residency in Port Hope, Harder will create a series of temporary text-based and site-specific sculptures that explore signage, marketing, and how a single word inserted into the landscape can totally change the mood of a place. Using the letters from a Canadian Tire store facade, these public art interventions are meant to be social and collaborative. The public will be asked to put their linguistics and word jumble skills to the test and create the words from the letters provided – the community becomes the creator/author.

Like a spot on a white sheet the bold red letters of the installations contrast the landscape to redefine the scenic experience to create a new narrative. Harder has found that these works are a fun exercise and play with abstract concepts of environment and linguistics which provoke the viewer to see the place in a new context. Words have sentimental baggage and we each carry our own bias and preconceived notions to each word and its meaning; the same can be said for a place. When melded together through the installation of art the promise for wide variety of response, reaction, and conversation is bound to happen.

Each work will be documented in film and photo and be part of a residency exhibition and added to an inventory for Harder’s future exhibitions. David intends to drive the works across Canada and do installations all along the way and do a presentation about the project and journey during his Port Hope residency. 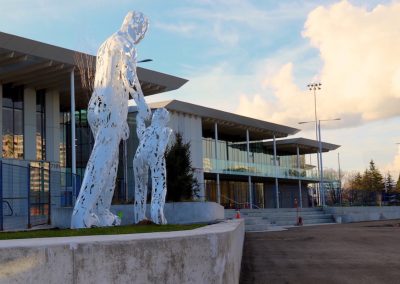 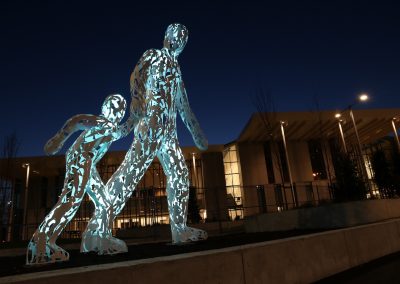 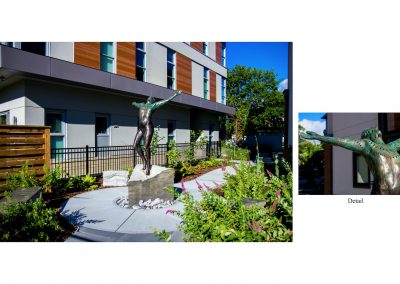 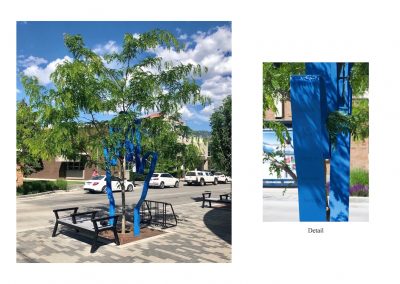 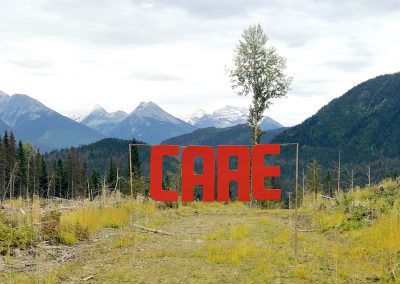 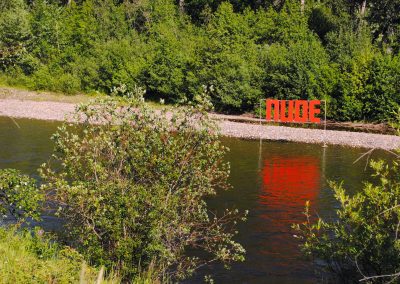 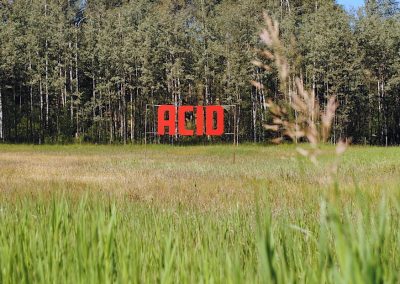 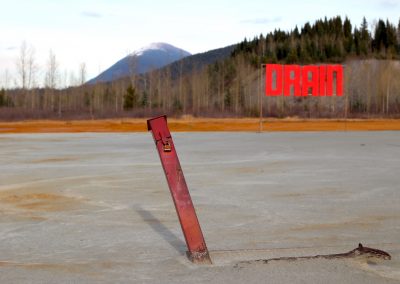 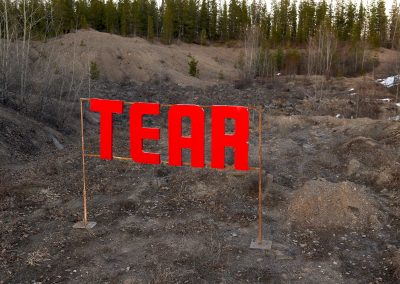