Dept. of Illumination – Artists in Residence

Residency Project: All Aboard! 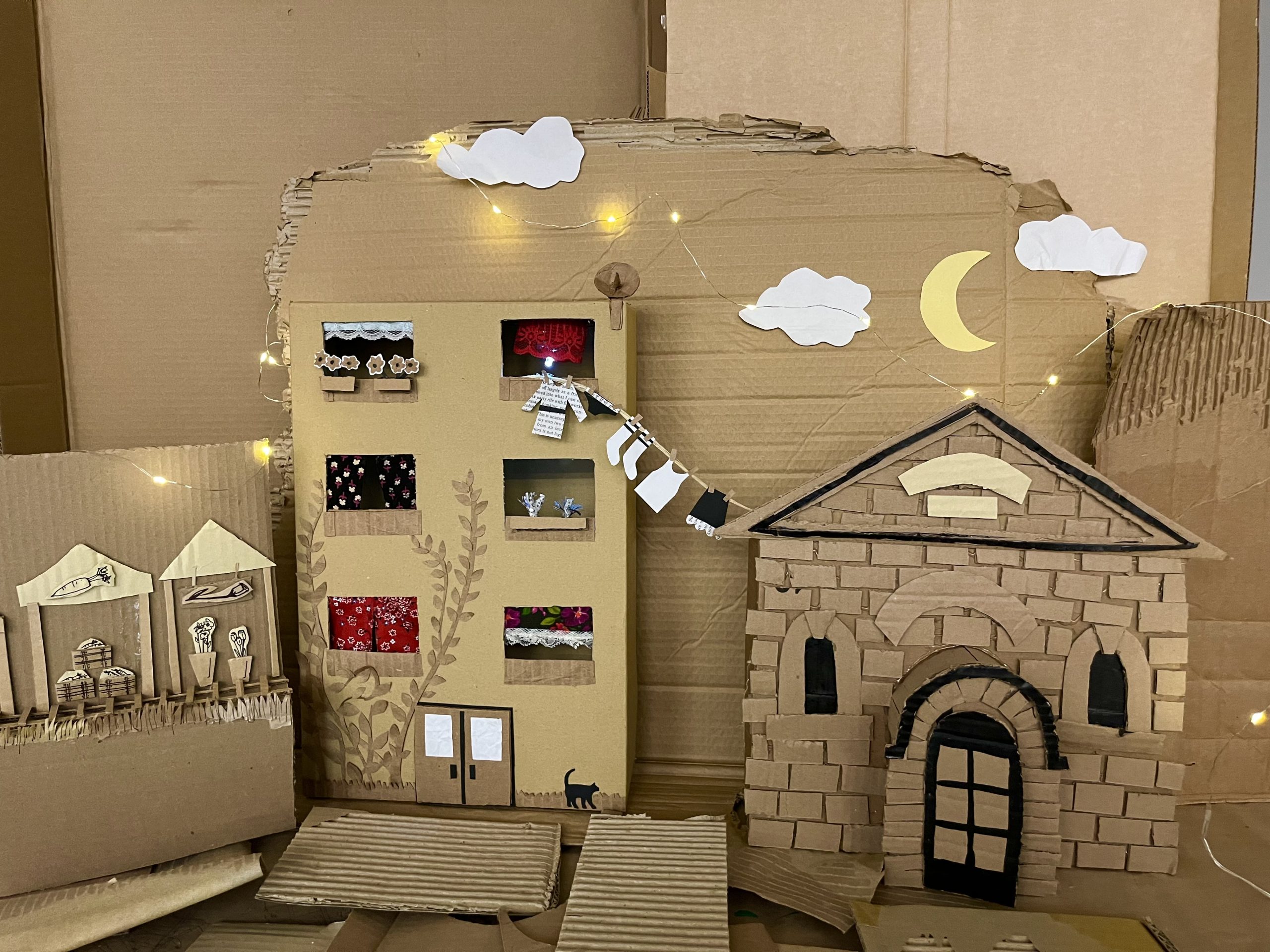 In the years since the Port Hope train station was built, we’ve become an increasingly individualistic society; the pandemic has only heightened our sense of separation from one another.

For our project, All Aboard, we will use train travel as a theme to bring the community of Port Hope together in meaningful ways. Although it may not be clear exactly where we’re traveling to, what is certain is that we need to go there together.

All Aboard has three components:

BOXTOPIA: On Sat, Sep 3, the will invite the community to a Boxtopia workshop in Memorial Park, where together we’ll create a sprawling utopian town from cardboard boxes. If we could build a town from scratch, what would it look like? Krista has been creating Boxtopia installations at festivals around Ontario since 2008, and has been joined by Nella and Chrissy Poitras in co-creating Boxtopias since 2013. Wherever we go, Boxtopia is a guaranteed hit with all ages, because nothing holds more creative potential than a cardboard box!

SMALL WORLD: In the upper floor of the train station we’ll create a miniature cardboard world, centered around a functional model train set. Using as much of the space as possible we’ll build a utopian landscape, instilling viewers with a child-like sense of wonder. Elements from the Boxtopia workshop will be salvaged and incorporated; keen participants are welcome to create elements at home, or co-create alongside us. The installation will include recognizable elements from Port Hope alongside our collective cardboard dream of our best possible world.

EXCHANGE TRAIN: During open studio hours, the community is invited to drop in and participate in a Mutual Aid wall. Imagine clotheslines strung with postcard-size train cars. People write down offerings on these cards, such as a service (gardening, piano lessons) or a gift (home baking, artwork). Once they’ve made an offering, they may claim an offering from someone else. No money is exchanged. This exercise serves to connect local residents and increases community resilience.

The Department of Illumination is a non-profit arts organization based in Prince Edward County, Ontario. Lead artists Krista Dalby and Nella Casson have been collaborating since the company was founded in 2013. Their work is characterized by community engagement, bringing art to public spaces, and the use of recycled materials.

Krista Dalby, Artistic Director of The DOI, is a multi-disciplinary artist with a passion for community building. She has founded and produced numerous creative festivals and events in Toronto and Prince Edward County, using arts as a tool to bring people together. With a background in theatre, she is drawn to creating characters in many forms: puppets of all sizes, sculptures, masks and costumes. Her cardboard sculptures have won her several awards and have been exhibited internationally. Krista believes in removing barriers to participation in the arts and loves working in public space.

Nella Casson is a multi-disciplinary artist who has been working primarily with textile and fibre art for the past 10 years. Since completing a conceptual arts based BFA in University of Toronto’s Art and Art History program, Casson has been employing techniques of more traditional craft such as quilting and embroidery. Using soft media to express simplified and graphic shapes, she employs these traditional practices to create series of bright and playful works. Nell has been a core member of The Department of Illumination since its inception in 2013, leading community and school workshops, creating large-scale installations, costumes, and more.