For the most up-to-date news and communications regarding our events and programming, visit our Facebook page here.

Growing up in Port Hope, Brian’s coming-of-age days were spent exploring the forest trails, beaches and river, and observing the relationship between country and town while fostering connections with friends and nature. No longer a resident of the town, Brian remains fascinated by the compartmentalized magic and wonder that seems to be scattered across its relatively small footprint.

Throughout his residency and for his project — Landscapes are Organized Chaos — Brian plans to revisit local sites of personal significance as inspiration for a large, mixed-media piece. The artwork will include cyanotype alongside painting and will be accompanied by a series of studies on paper.

Like many before him, Brian Hoad enjoys the activity, excitement, and reflection associated with making art in nature. Hoad has always felt moved by landscape rendering, both as a viewer and artist, observing its visceral potential for mark-making. After experimenting with cyanotype as an instructor, he became interested in its ability to function in an outdoor setting alongside other mediums more commonly associated with working en plein-air. Cyanotype is one of the earliest photographic processes, akin to blueprints. Unlike drawing and painting, this process requires one to account for the environment’s direct influence on their piece when working outdoors.

Brian is presently focused on incorporating cyanotype into his larger works-on-canvas, arriving at an object that will satisfy his creative desire to work more holistically through conceptually considering the role of process.

Drop by the pop up tent outside the Little Station in Lent Lane this Saturday, August 7th from 9am to 1pm to make your own cyanotype print and button and a learn more about his residency project. Open studio hours will be held on Sundays from 2pm-4pm.

Residency made possible with funding from @ONTrillium.
.
.
.
.

So looking forward to learning about cyanotype. 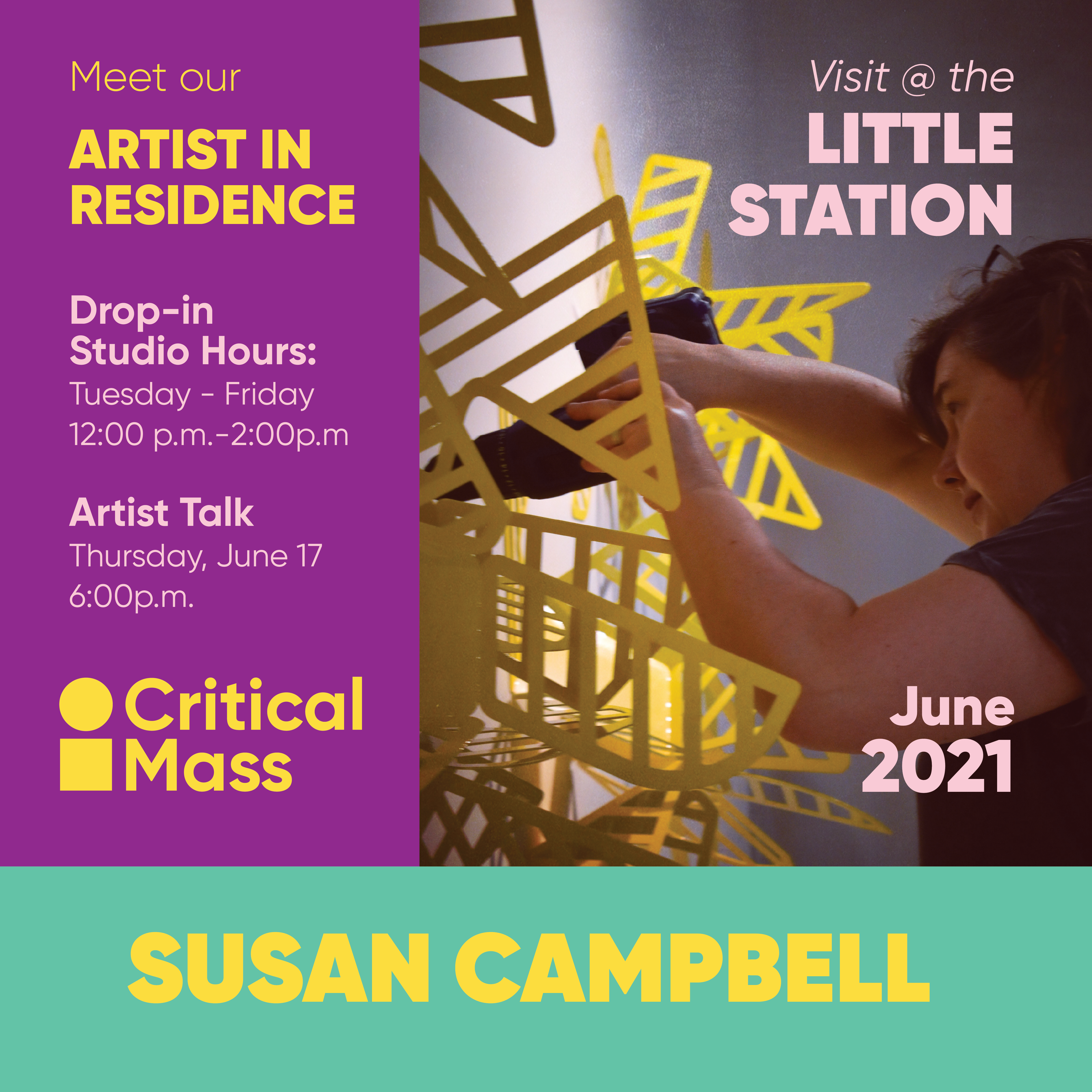 Drop by the Little Station during Open Studio Hours to meet the artist. This June, Tuesdays through Fridays from noon to 2pm. Space is limited. RSVP to: info@criticalmassart.com 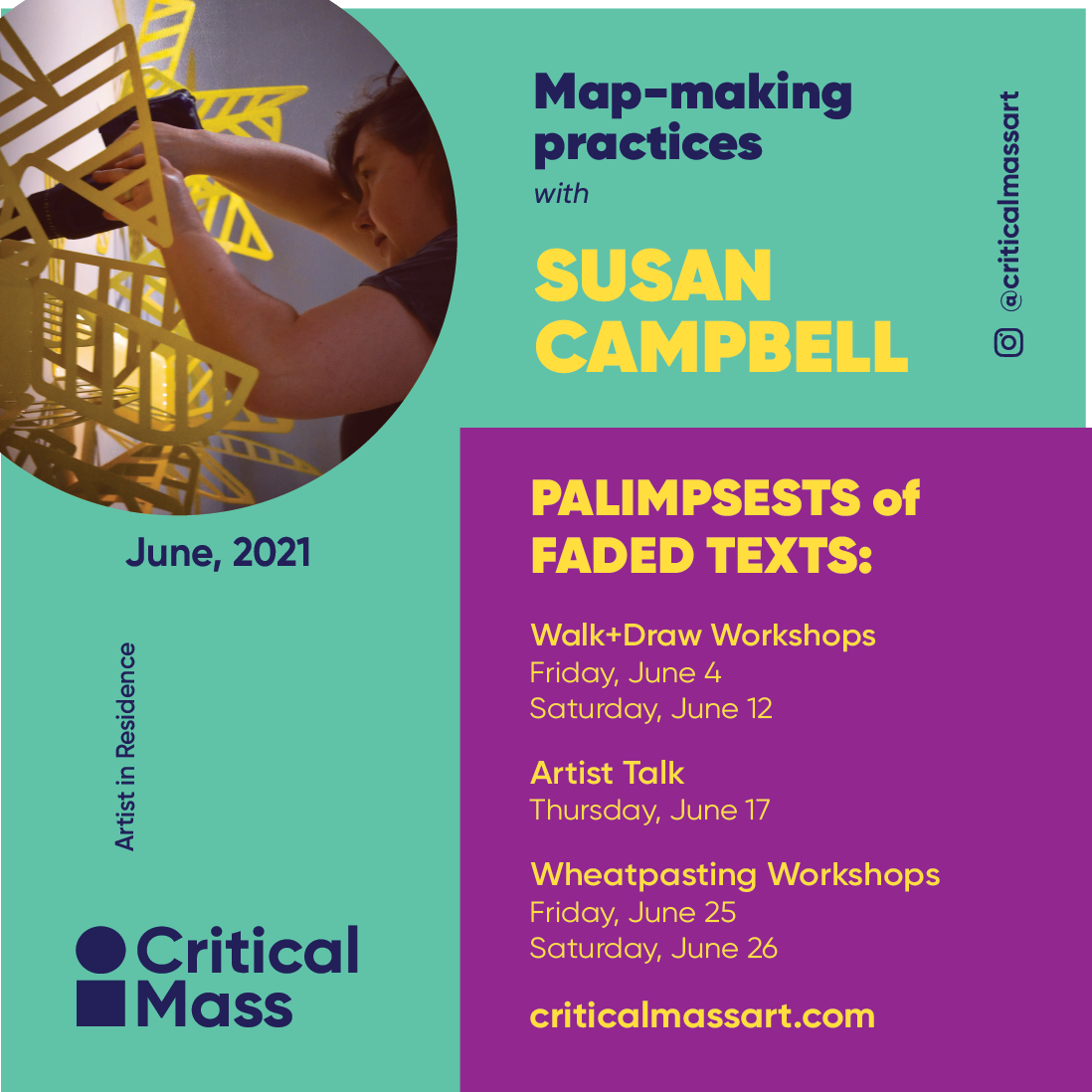 Due to current covid health & safety protocols, space is limited to up to 10 people.
Please RSVP to: info@criticalmassart.com 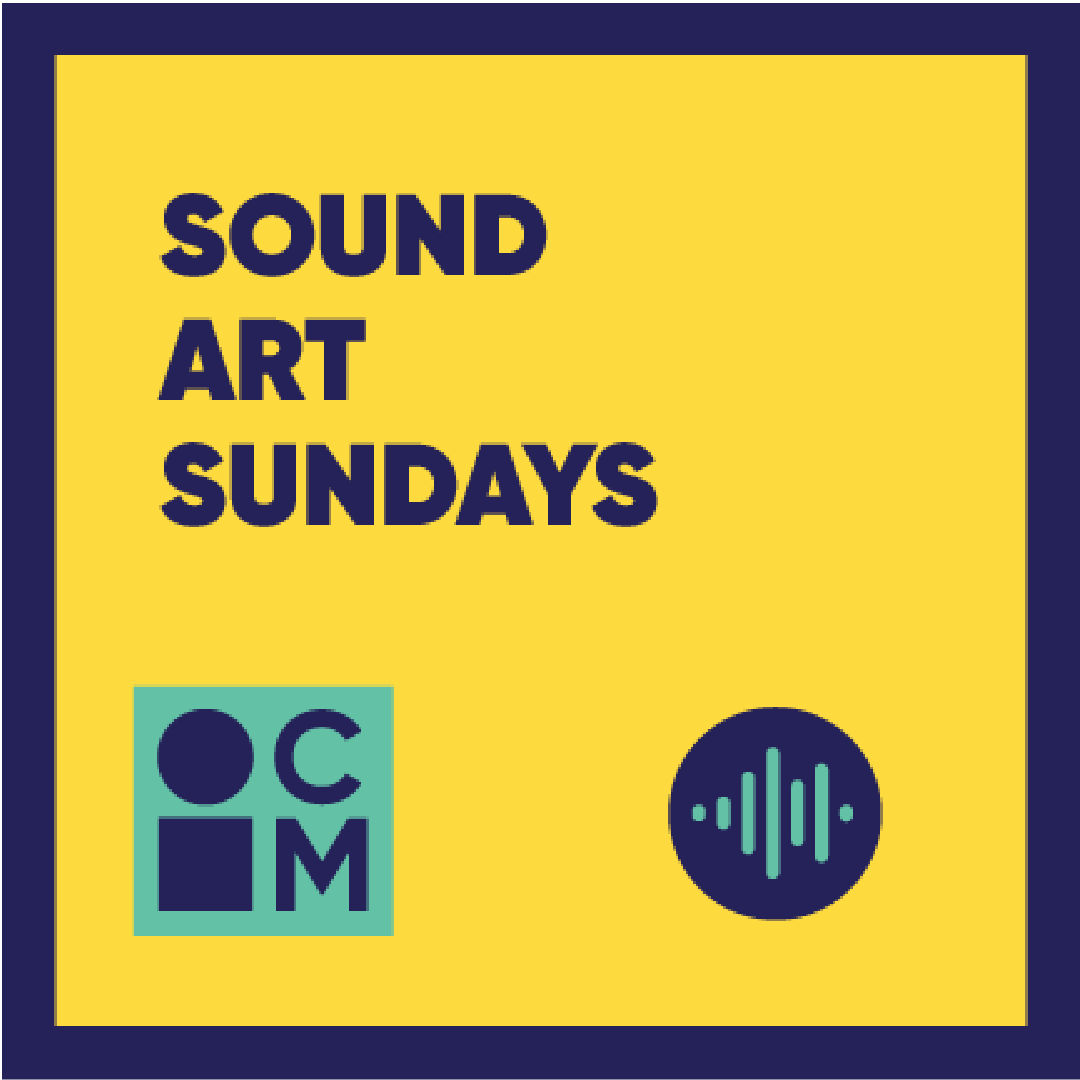 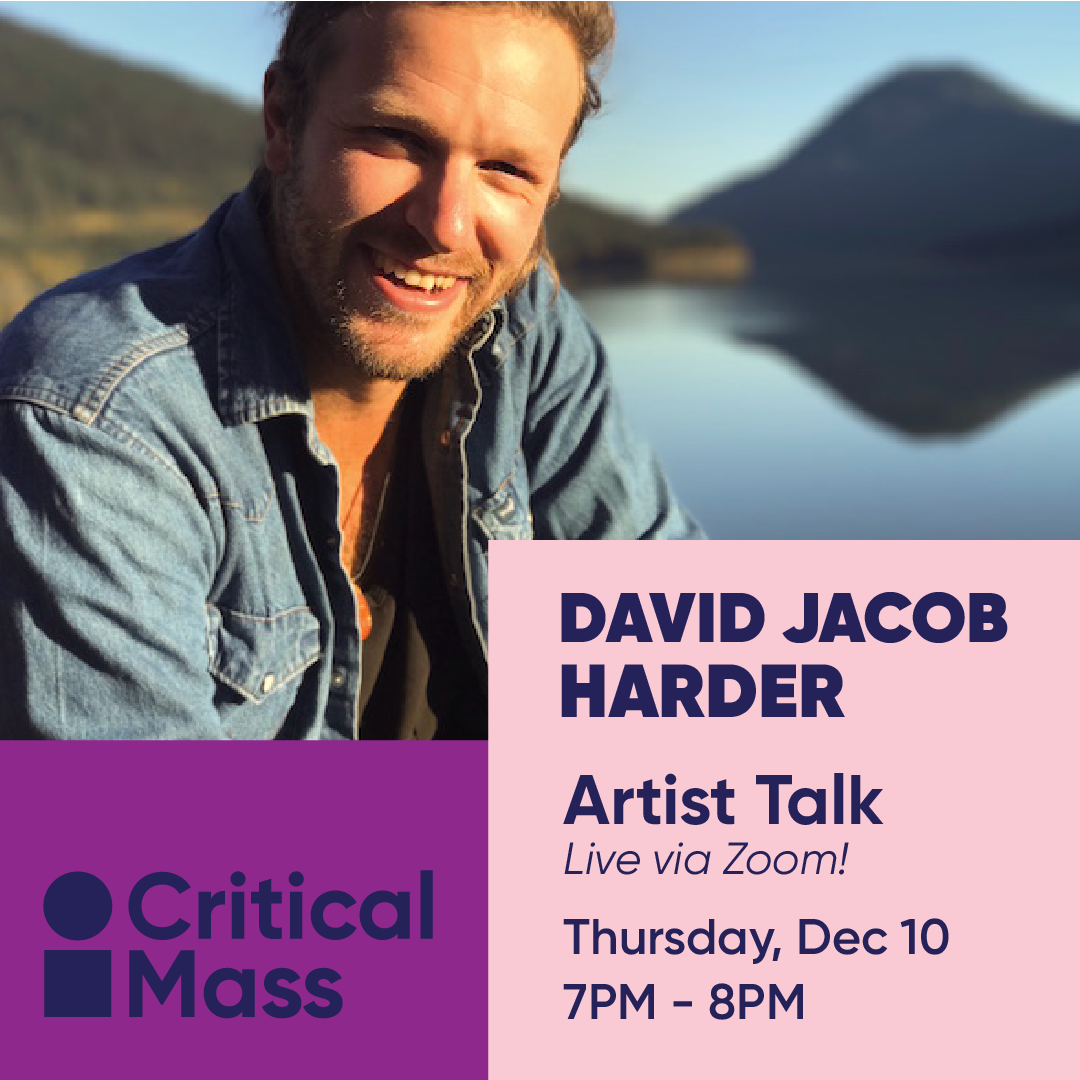 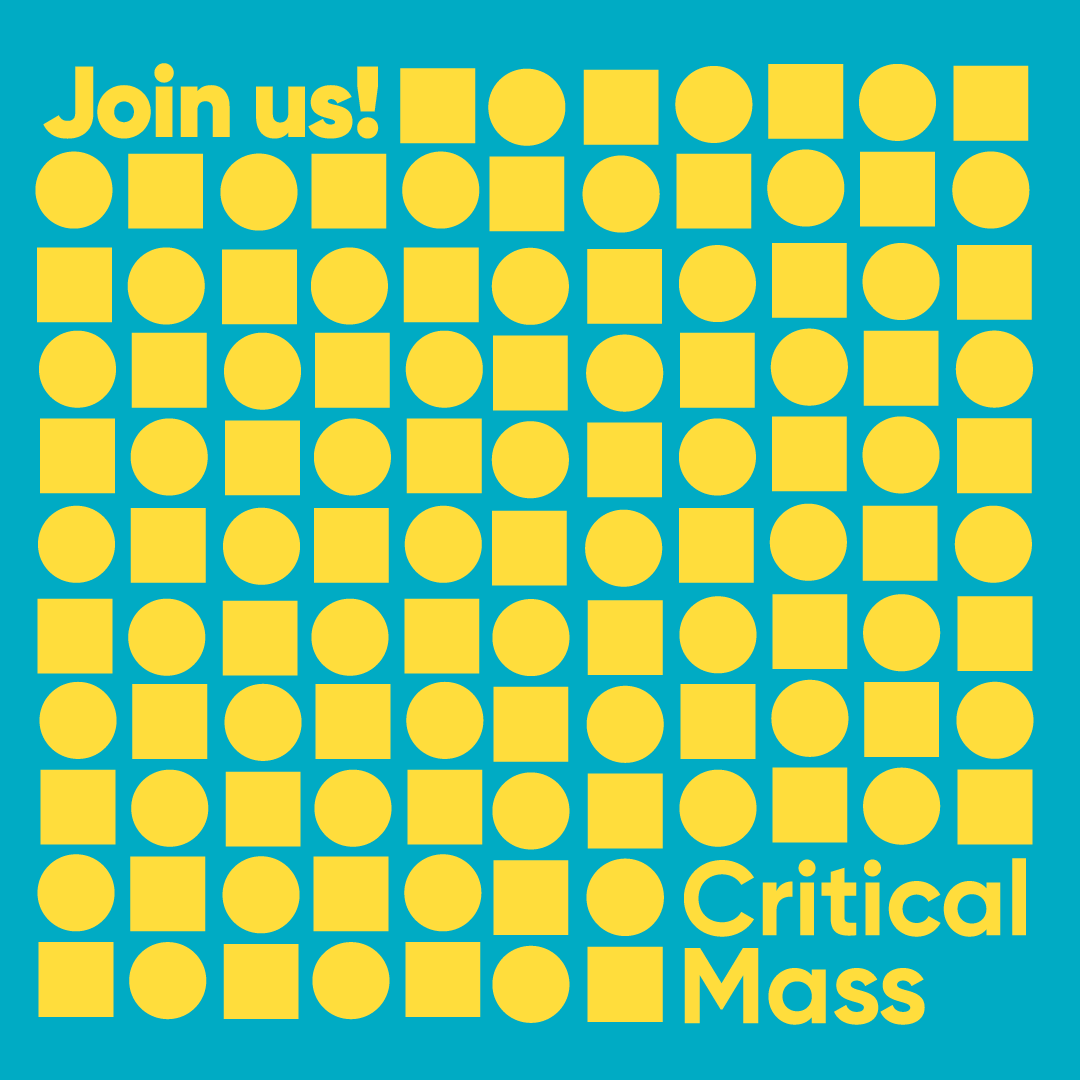 This Giving Tuesday and throughout December, join us to form a critical mass of support for the arts! Become a member, today! 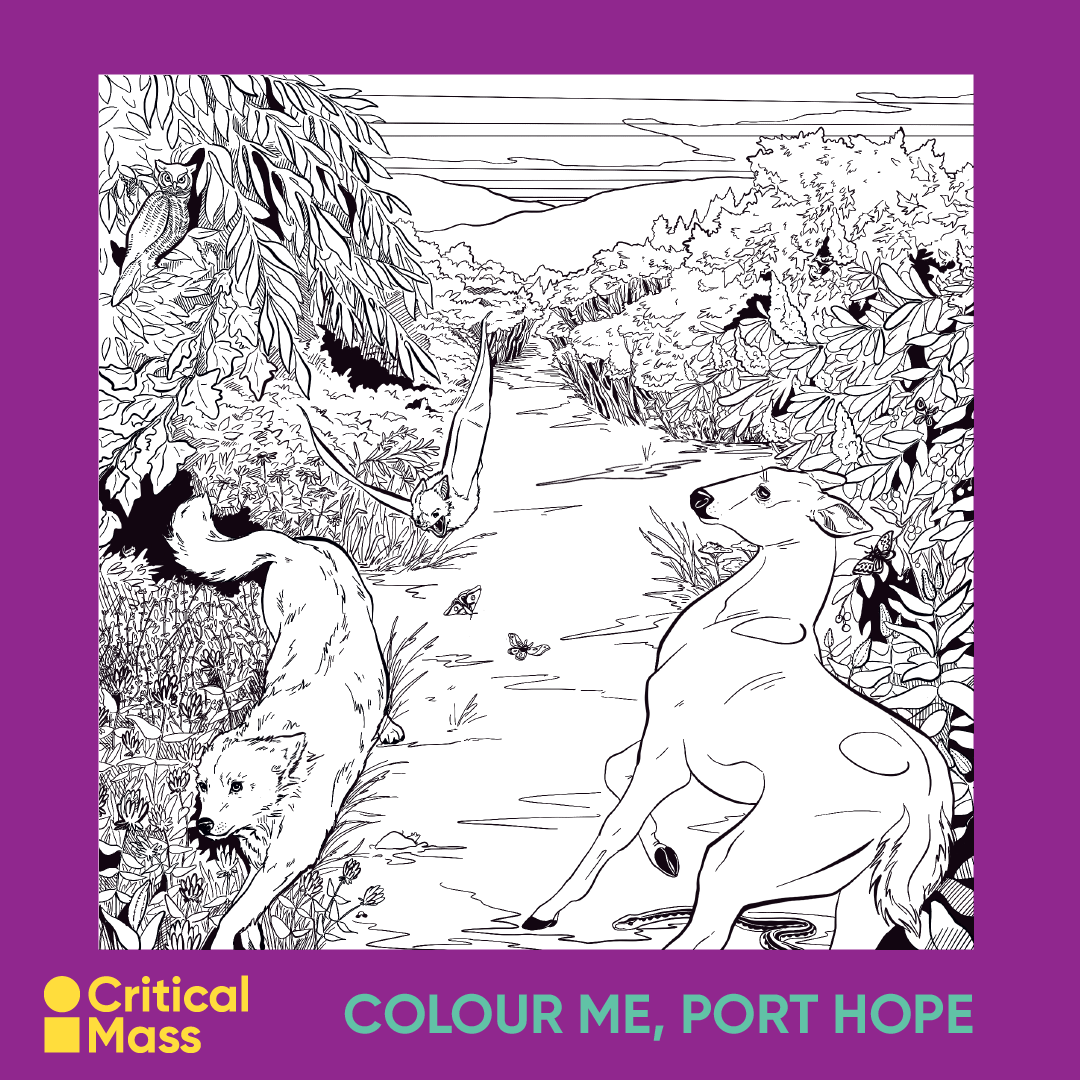 Come to Lent Lane this November & December to engage with the art by composing a selfie in front of the Colour Me, Port Hope panels or by picking up a postcard copy and colouring your own version to send to a loved one or post on your instagram page and tag us @criticalmassart. 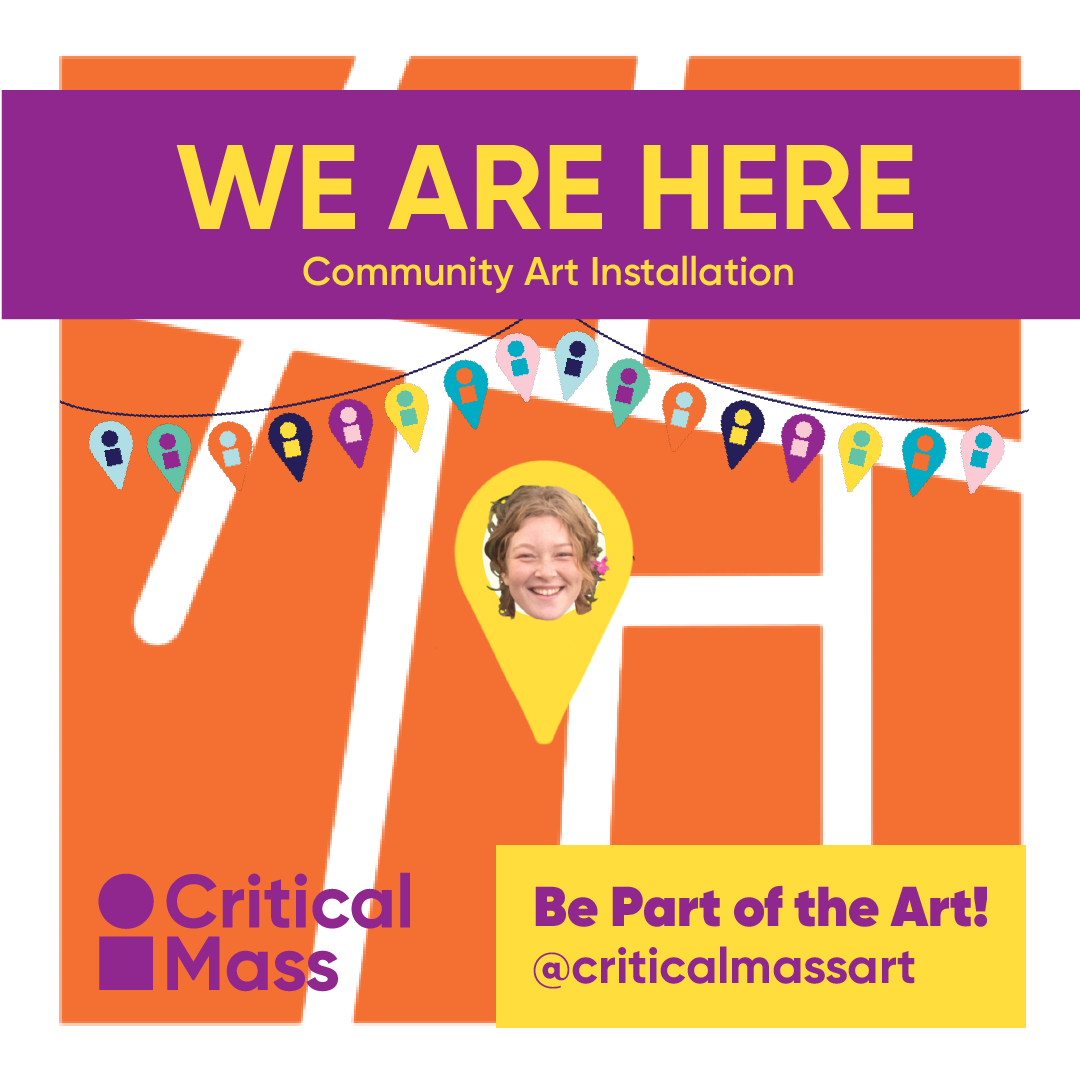 We Are Here – Community Art Installation

Critical Mass invites you to be in good company this winter. We Are Here is a community art installation made up of the smiling faces of Port Hope and its visitors. Be part of the art. Send us your best selfie! 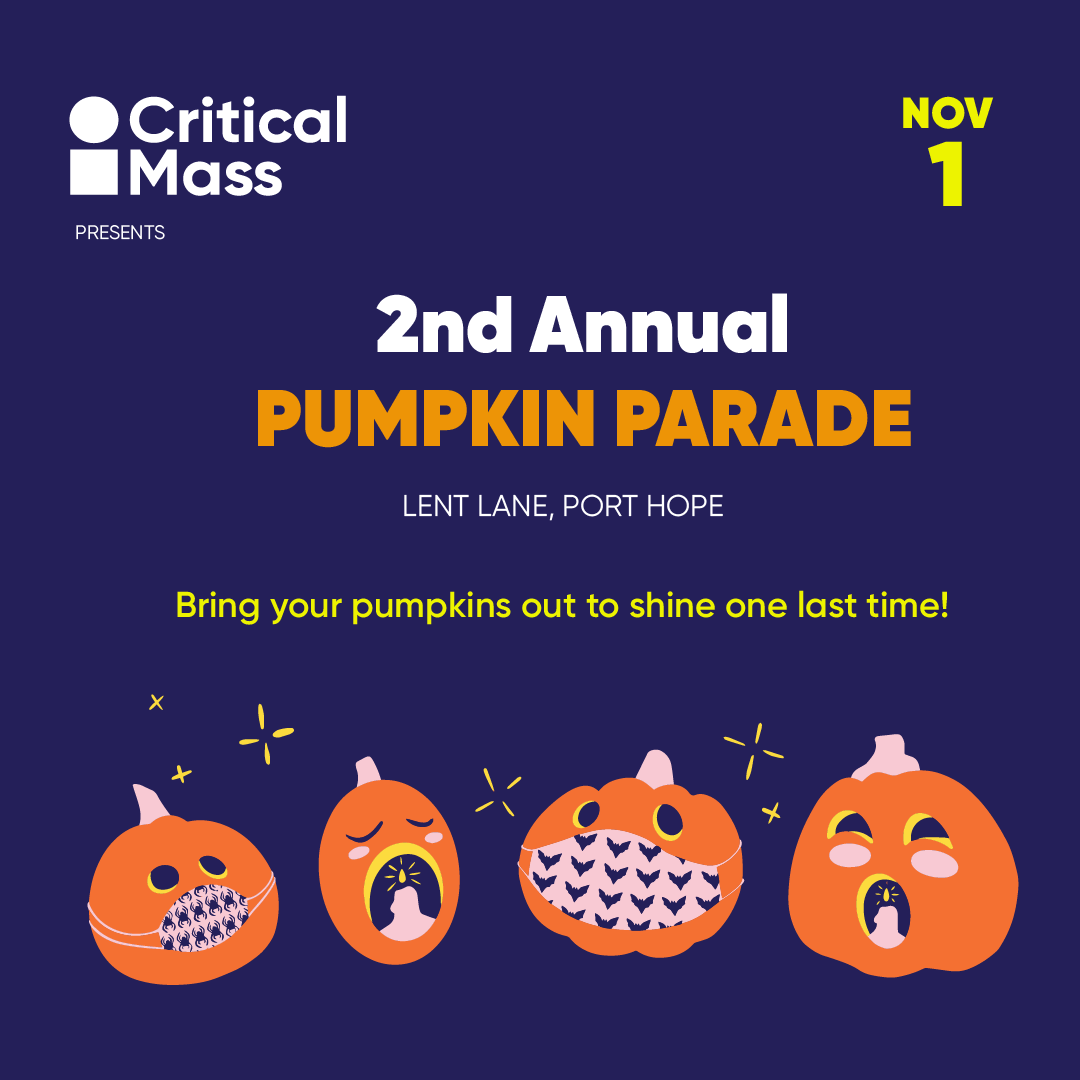 Bring your pumpkins out to shine one last time at the 2nd Annual Pumpkin Parade on Sunday, November 1st – the day after Halloween! 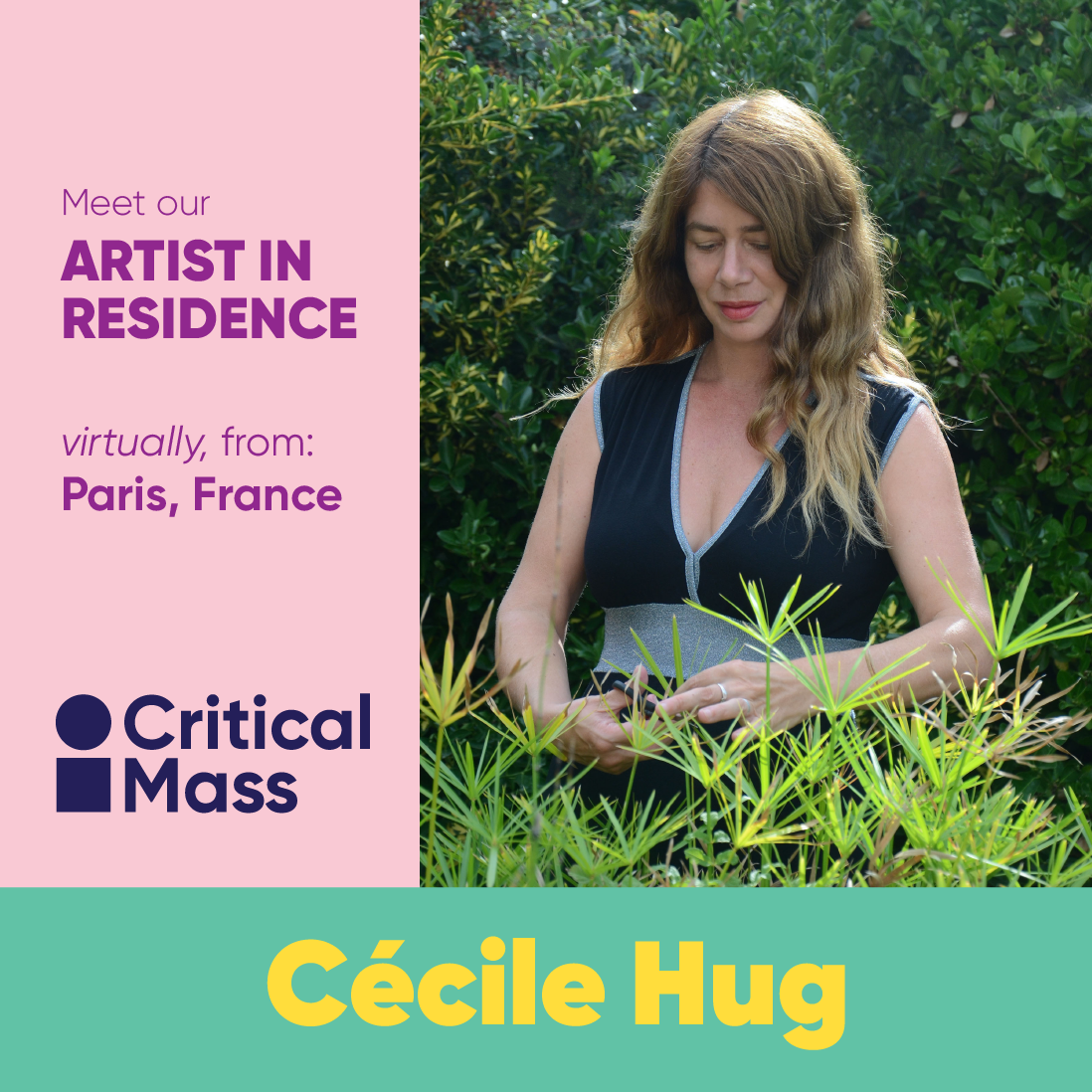 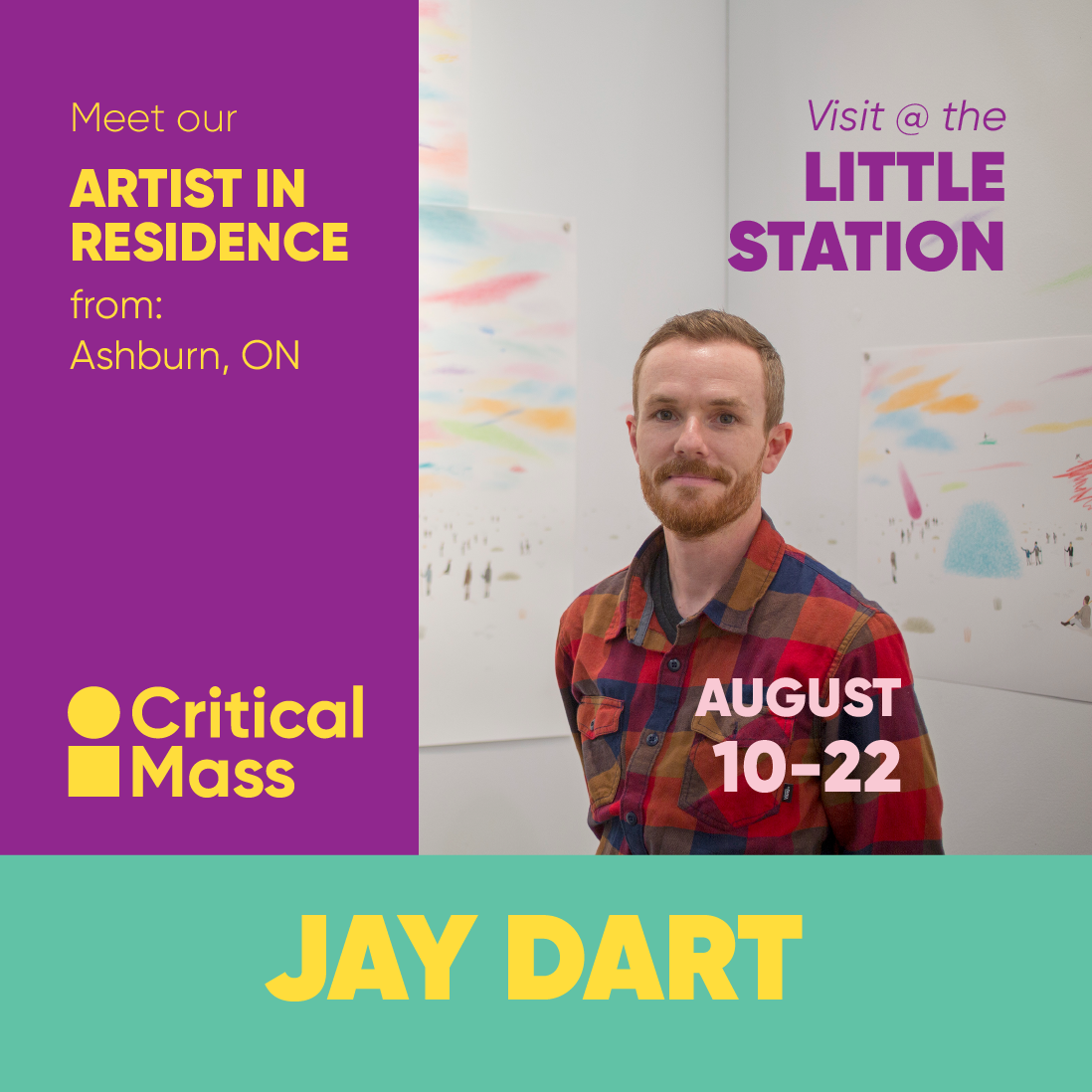 Drop by the Little Station on Lent Lane during studio drop-in hours between 2pm to 4pm (Mon-Fri), to see Jay’s work in progress, and chat about your experiences living in Port Hope/Northumberland. 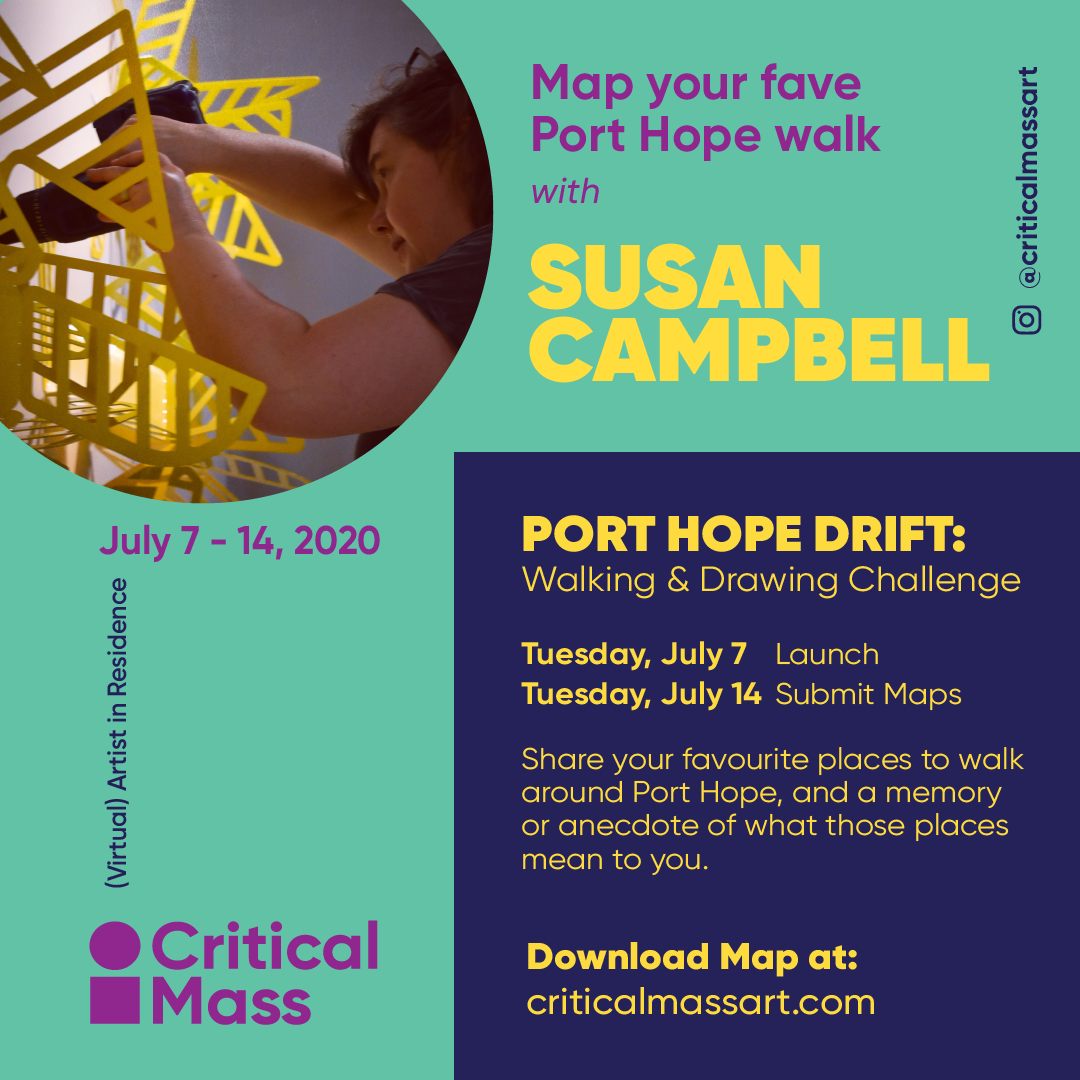 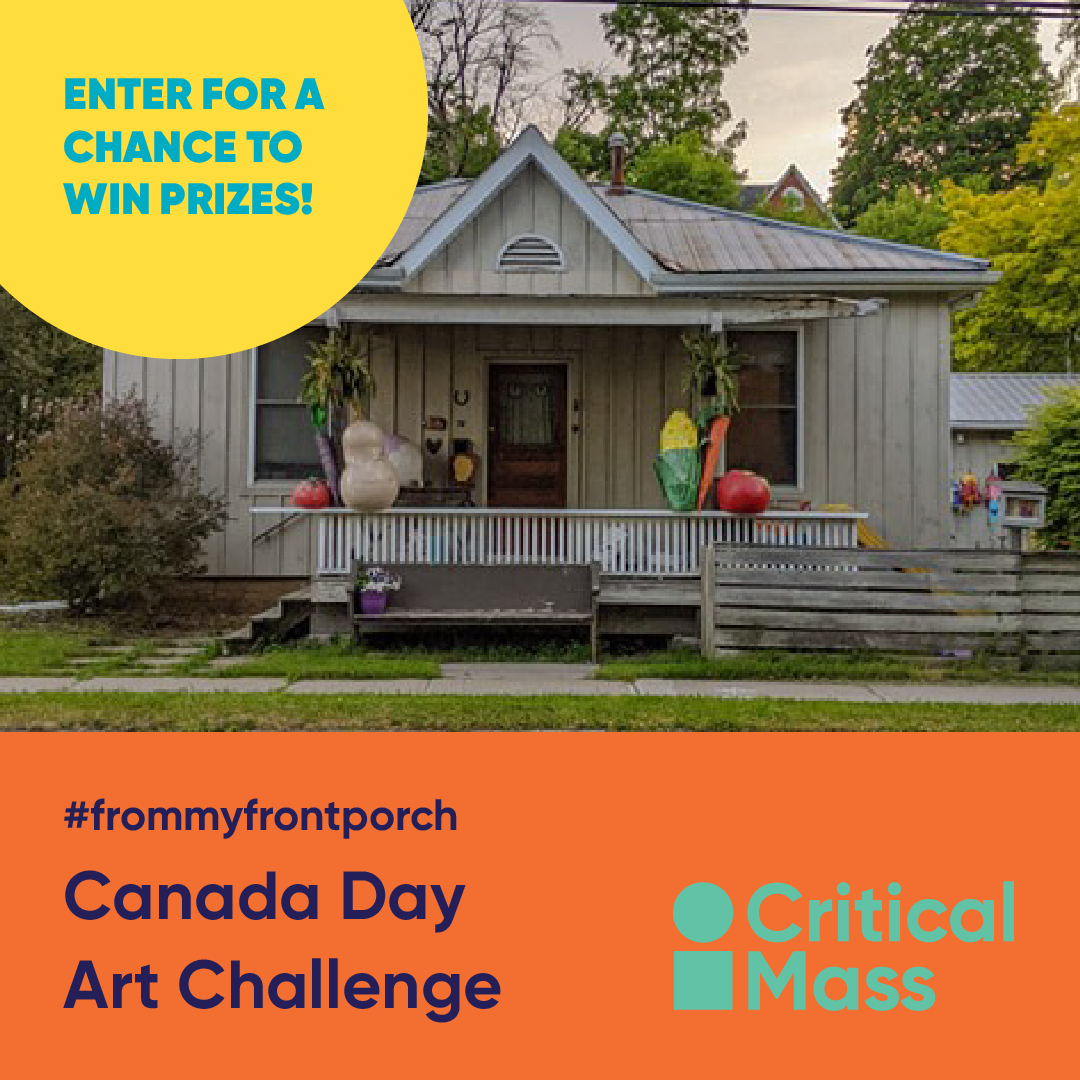 Using items you have around your home, create a display on your front porch, lawn, balcony, or in your windows to showcase what you love most about Canada! 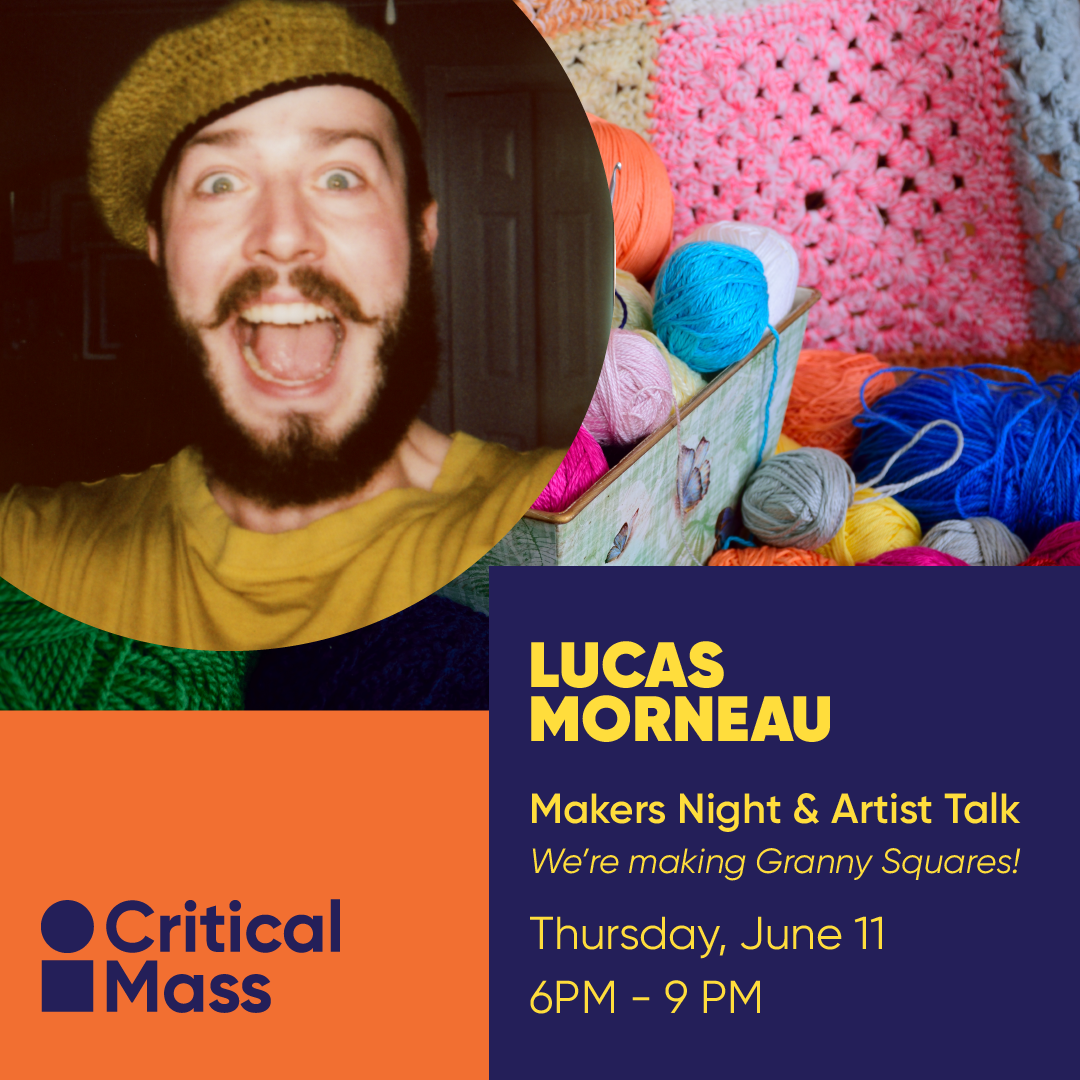 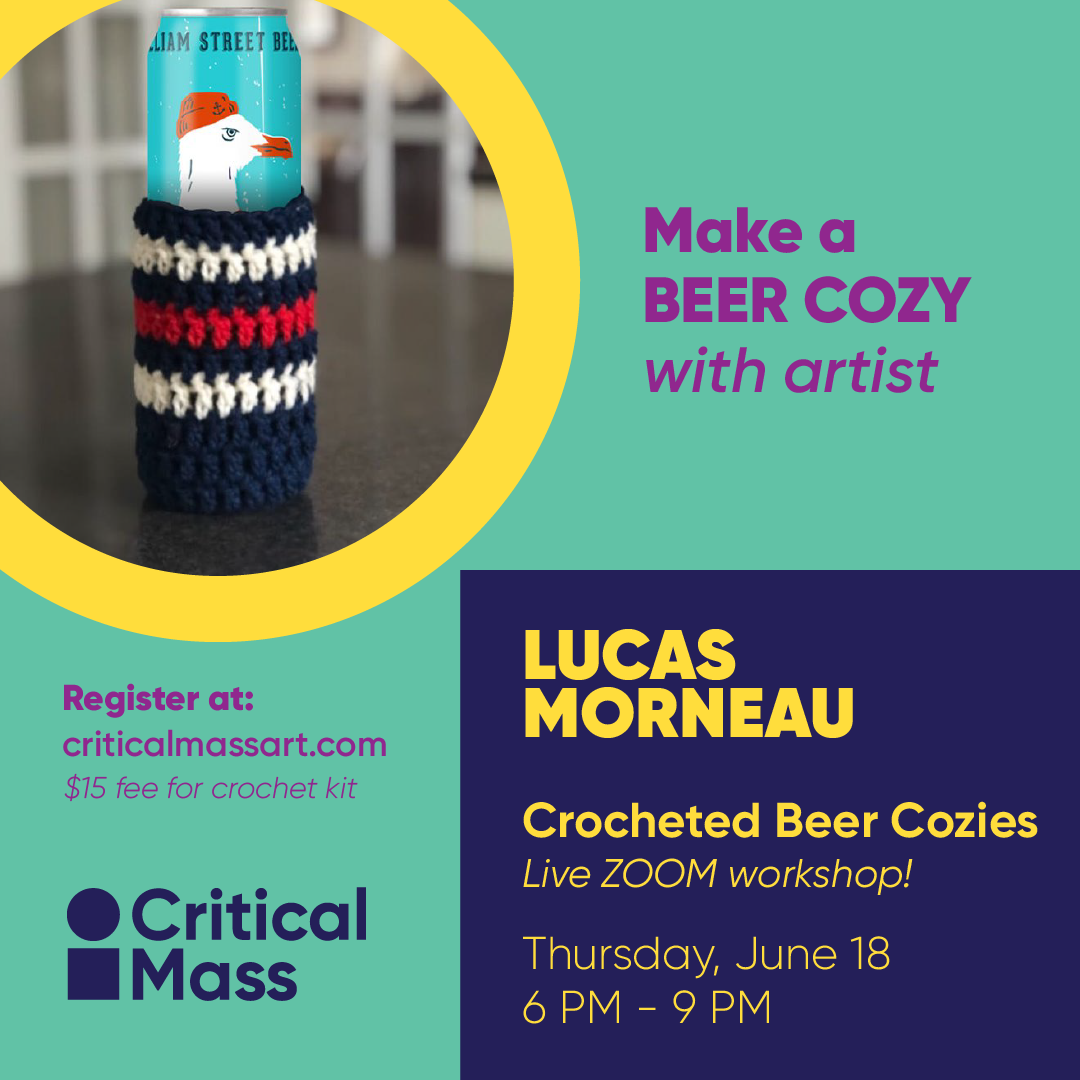 Learn to crochet beer cozies that will keep your hands warm, your beer cold, and your wallet full! Hosted by fibre artist and Critical Mass Artist-in-Residence Lucas Morneau!

Clone this module to edit it. Then copy/paste this module to the home page, upcoming events page, and past projects page. This template is invisible; make it visible under Advanced settings (uncheck all boxes)

Critical Mass has a fun new challenge for all the artists, families, and roommates sheltering at home right now. We invite you to participate in the #homebodies art challenge while we all continue to spend more time at home during this COVID-19 pandemic. 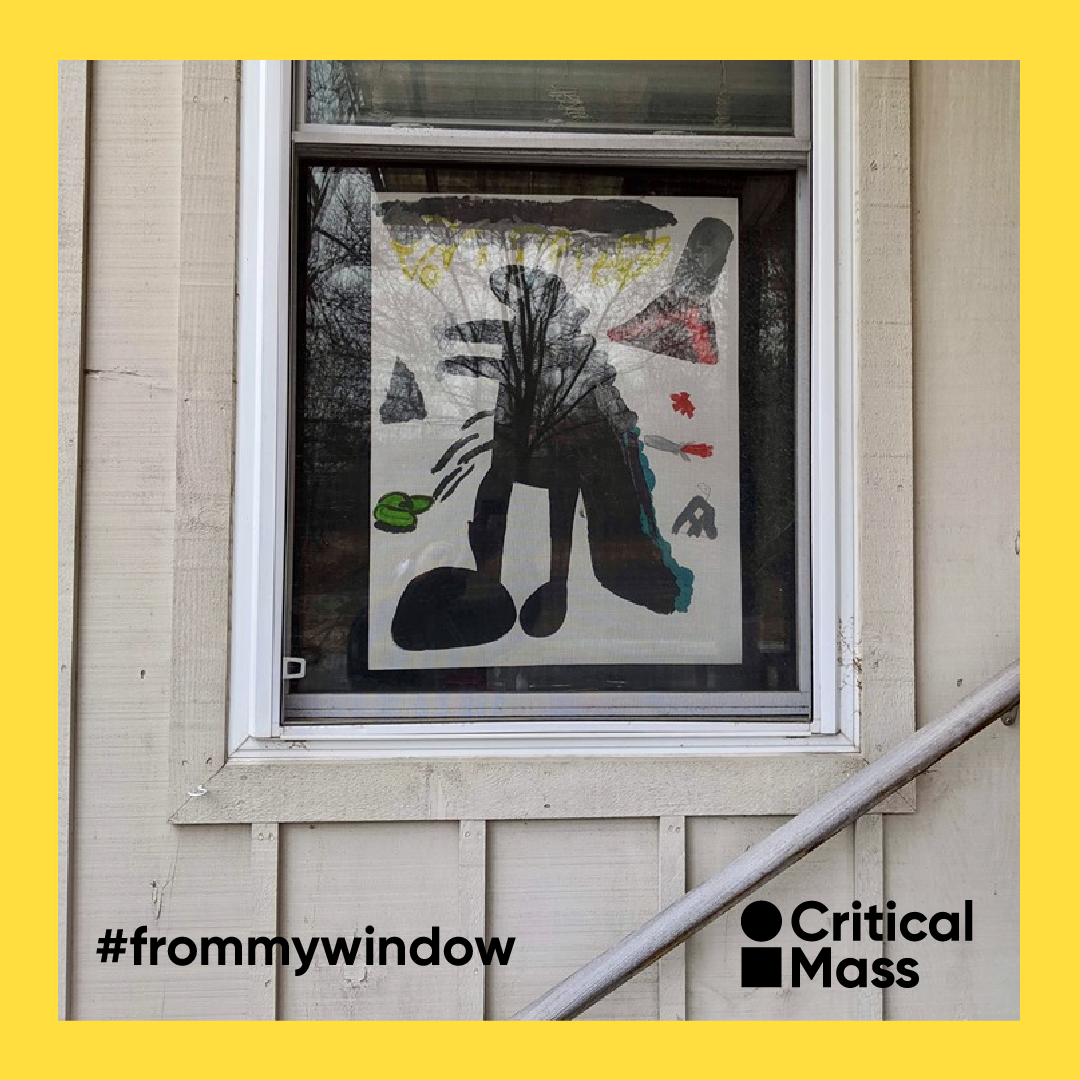 Critical Mass is calling on the artists, kids, families, and businesses of Port Hope to join the #frommywindow movement to spread hope and joy in our community during this challenging time of the global COVID-19 pandemic and social distancing. 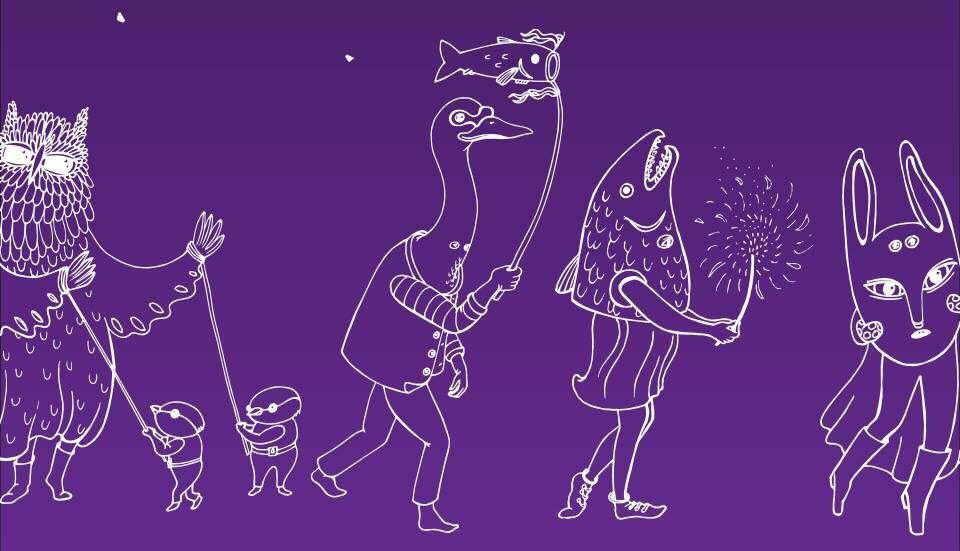 The second annual candlelight festival and Christmas night market. Including two shadow puppet workshops to prepare to light up the night!

A post-Halloween send-off of the jack-o-lanterns of Port Hope.