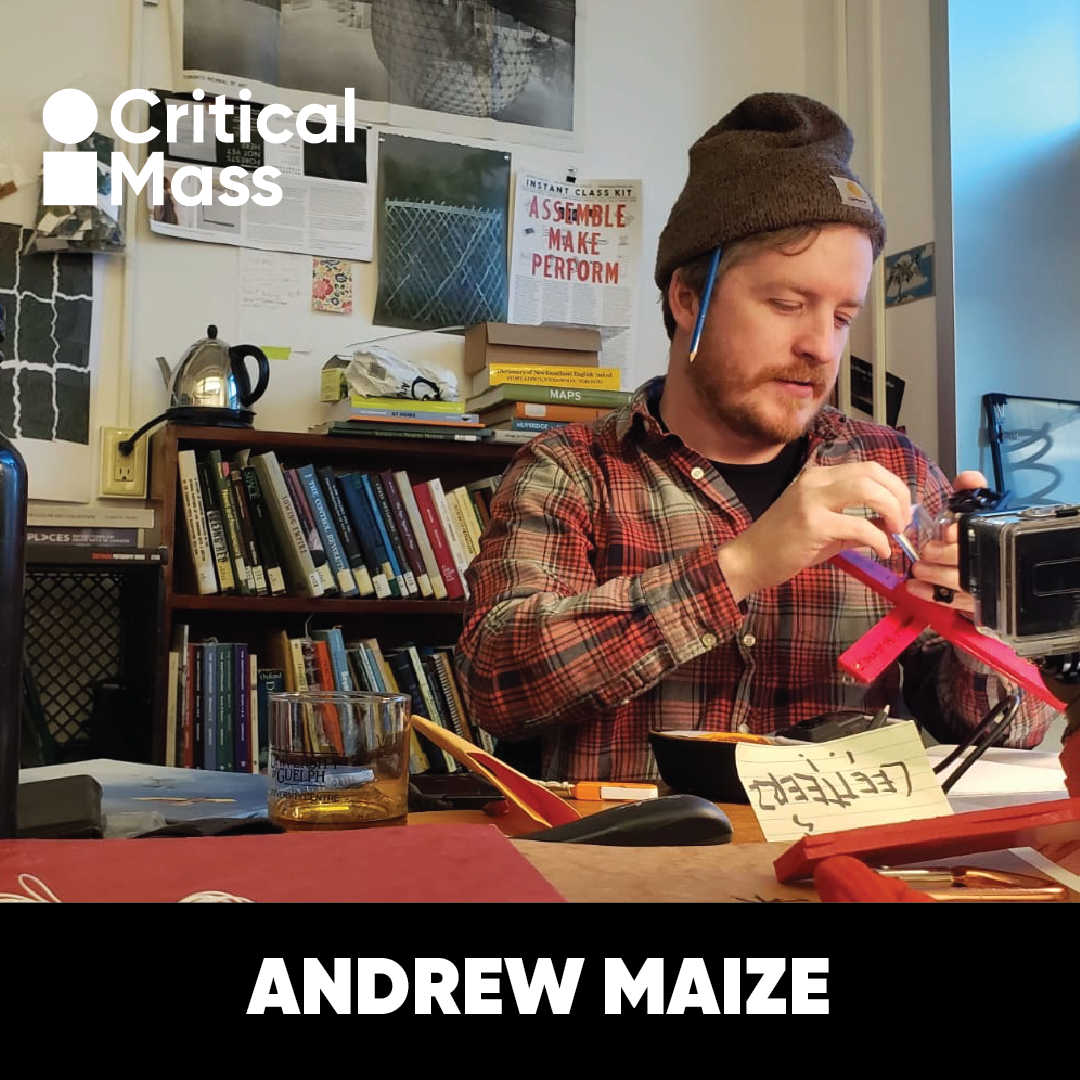 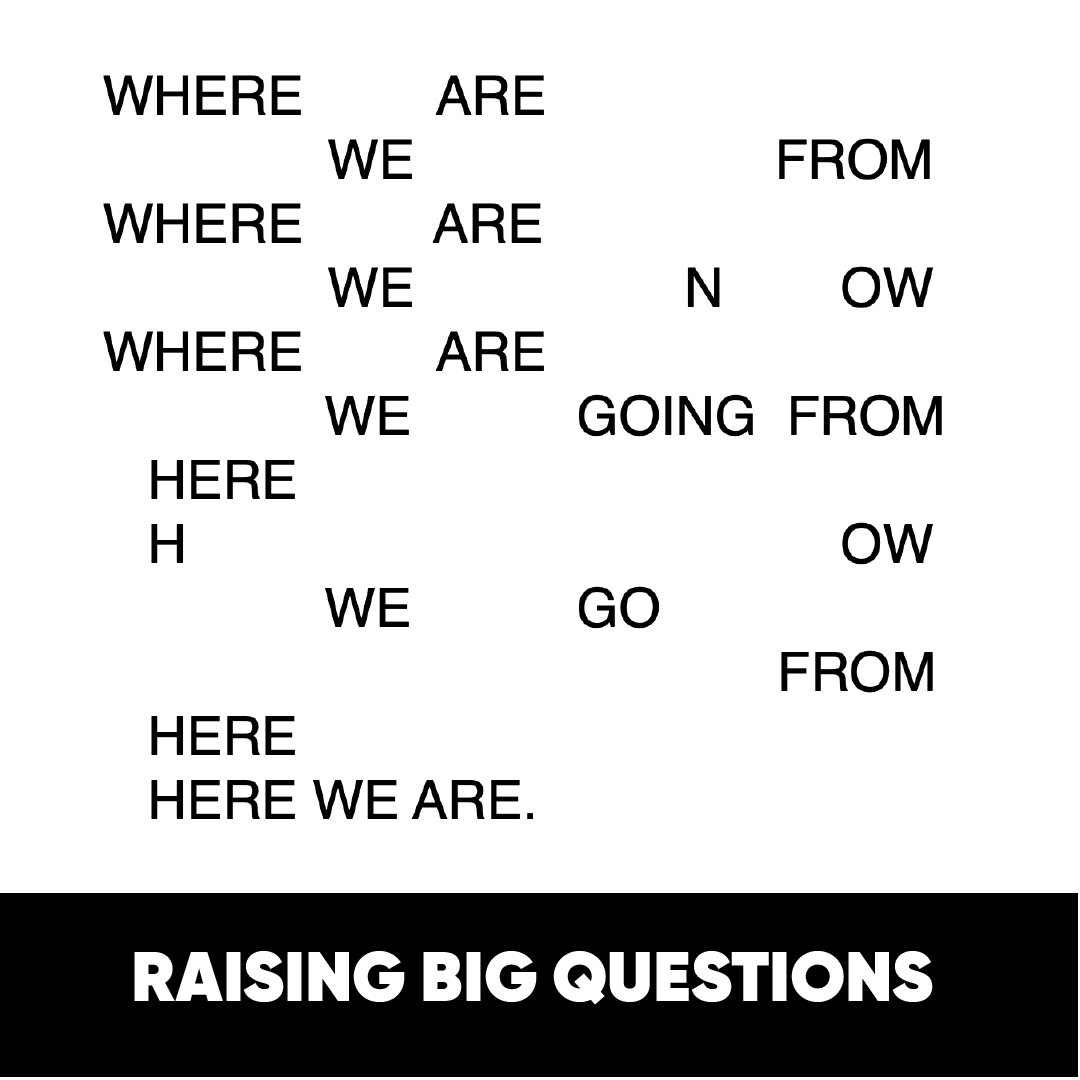 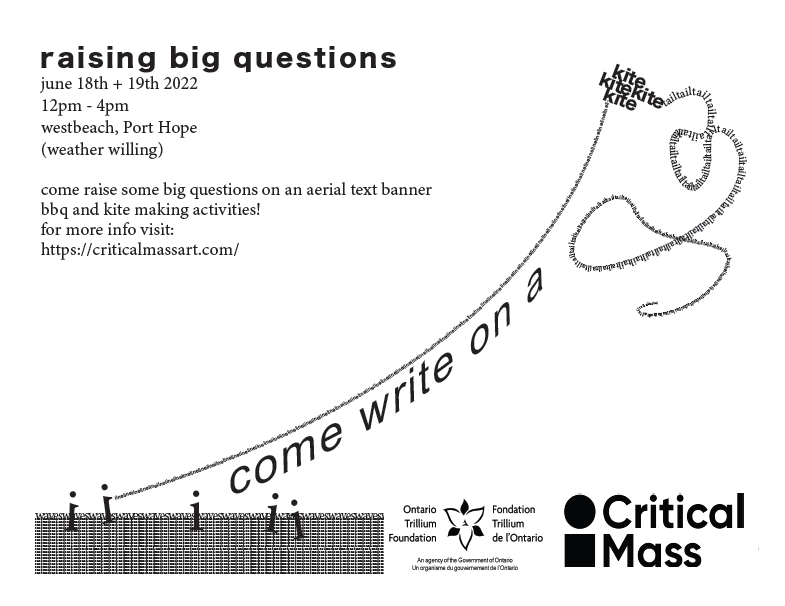 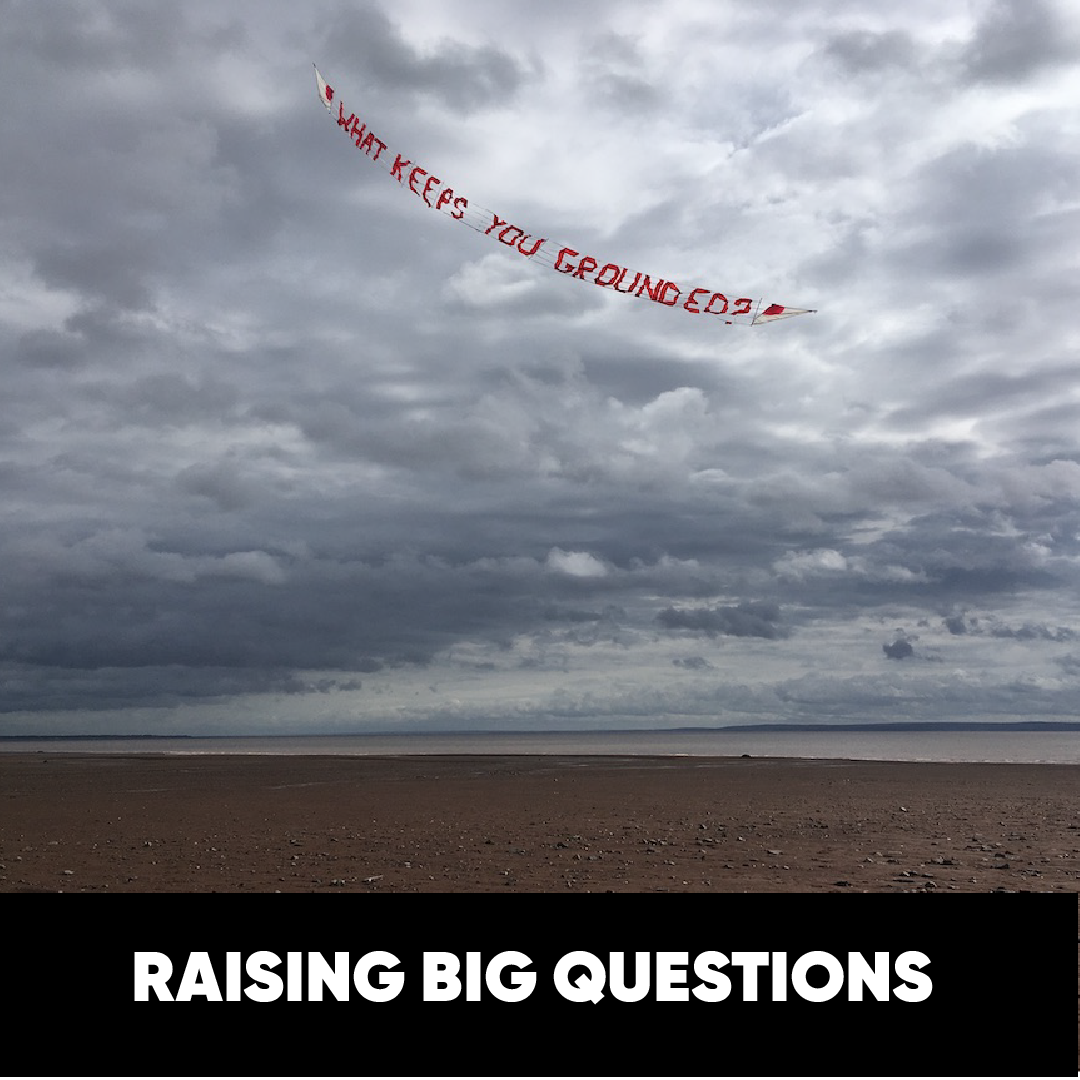 About the Artist
Andrew Maize’s playful and process-oriented approach uses language, technology, and movement as catalyst for larger conversations – the expression a result of connection to space, community and place – taking seriously both the conceptual framework and materials as a starting point, to engage the audience in political, historical and geographical contexts.

As an arts educator and organizer, Andrew has been involved in collaborative projects that engage communities with art in public spaces. He has also been making, flying and sharing his love of kites with people of all ages for over 10 years.

In today’s digital age, our technologies allow us to extend ourselves mentally and physically further and faster than ever before, in a multiplicity of simultaneous extensions. We are becoming increasingly hard-wired and wirelessly (dis)connected, and this rapid momentum is challenging and changing everything at an unprecedented rate. It can feel daunting to stay aloft in this torrent, let alone make art in it. EVERYthing feels precarious. Livelihoods. Ecologies. Identities. Futures. Loosening the grip of the myth of progress, we’re left grasping for language and metaphors to bulwark against the flood.

A simple kite, however, flies not with the wind but in opposition to it. The kite as a technology is considered archaic, unreliable, inefficient and full of risk – a mere child’s toy. People love kites, kites like company and they are good at drawing attention. In order to successfully fly a kite, you must be fully aware of your surroundings and learn to read the wind. Kites do not fly on their own volition, but on the grounds of a tenuous connection, a thin string tethered to some earthbound mass. Us. But what keeps us grounded, and how do we confront an uncertain future and weather unprecedented storms? Kites invite us to extend ourselves, to look up to the sky, to pause, to wonder.

What happens to LANGUAGE when it is suspended in space, experienced physically and in a constant state of motion? How does language change when flown in different spatial/ social/temporal-specific iterations? When we encounter it off-screen? And what emerges when language fails/falls from the sky?

With these questions in mind, Andrew Maize will conduct a series of public kite-making, aerial text banner-making and kite flying workshops and performances that invite different communities within the Port Hope area into conversation. He will work with the community to develop a series of words/sentences flown from multiple kites at West Beach, to see what emerges when folks are given the invitation to play with language together and lift it into the sky–collectively fielding simple challenges and raising big questions.